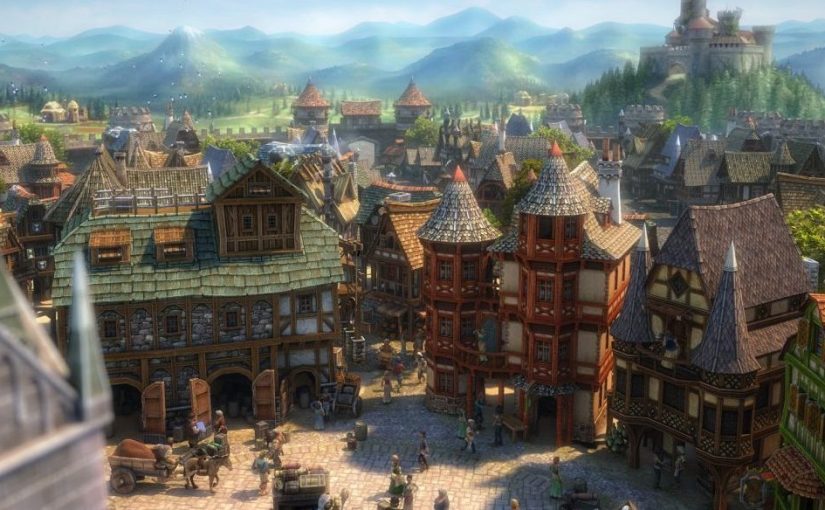 Let me tell you a story about little people.

Once there lived a happy village of little people–people so little they weren’t bigger than the grains of sand on the seashore. This happened a long time ago in a time nobody can remember now except me, but this little tale nevertheless happened–as sure as the little hand of the clock moves as I speak–and I tell it to you now before I lose its beautiful memory like the unfortunate others.

In this little town of little people lived a little, simple man who fell in love with the most beautiful little woman in the village. To say that the gap between the two was heaven and earth would be cliche but it’s nonetheless accurate, for the little man had little to nothing in life and the little beautiful woman had plenty of beautiful things besides her beautiful face.

But the little woman’s diminutive father was troubled. Everyone in the little village liked his daughter but none seemed able to attract her attention, so to ensure her future, he gathered the people in a tiny town hall where the best men in the village could make their strongest case to be the little woman’s betrothed.

There was much excitement around the cramped town hall that day as the villagers waited for the three most eligible bachelors to state their case to marry the wonderful minute woman in the center of the room. The little man of course was in the crowd but he wasn’t foolish enough to nominate his little self for such an important role and in such grand proceedings.

“Very well,” said the diminutive father, “step forward and tell me why my daughter should marry you.”

The first man–a proud one with his chin held high–stepped into the circle and spoke, “My dear, you should marry me because I will give you my little name passed down over a thousand generations to me by my family. A family so proud and held in such high regard that the moment you speak my name, the little people of this little village would bow their heads so low they would effectively disappear into the earth.”

The people clapped but the little woman never even blinked.

The second man–gaudily dressed with pockets as big as his head–moved to the center and said, “My dear, you should marry me for I will shower you with all the little riches that can be found in the four corners of this little village and the tiny country beyond: gold, jewels, property–everything you can ever think of. I have it. And I will gladly give it to you if you give me your little hand.”

There was much applauding that echoed inside the hall but the little woman’s lips never even twitched.

The third man–serious in demeanor and wearing a short beard–quietly walked into the circle and spoke, “My dear, you must marry me because this little head of mine houses the biggest mind in this little village, nay the entire universe. From now until we die, I promise to fascinate you with knowledge that only I possess and you’ll never have any question again because no secret of existence is a mystery to me.”

There was an uproar of little voices following the third man’s words but the little woman never even moved a muscle.

Greatly disappointed by her daughter’s obvious lack of interest, the diminutive father lost all hope and decided to end the short meeting. “I wish to express my gratitude to everyone who came here, but it appears my little daughter has little feelings for the tiny men who made their proposals. If there’s nobody else, you may now go ho–”

“What? Did anyone speak?”

“Over here, sir! I-I wish to make my case to be your daughter’s betrothed.”

And everyone in the town hall focused their little eyes on the little man so little, everyone in the little room seemed bigger compared to him. Some sniggered, a few snickered, and a couple of them laughed so loudly their voices carried over to the farthest side of the little village.

Thinking that the little man had no chance to win her daughter’s approval anyway, the diminutive father chose to let the man speak. “Very well, state your case, little man, before we retire.”

The little man stepped into the circle and said:

“My dear, I do not deserve your hand by any stretch of the imagination but I want it more than any man–nay, any soul in this little room. Your days are spent spreading beauty in this otherwise dreary little village, but little did you know that I have been following you closely, every dainty step of your little feet, every wave of your pretty little hands, for I have fallen for you so deeply that I feel like the earth’s core and you are the sun.”

Miraculously, the little woman’s eyes expressed a sudden glow and her lips arched to reveal the most stunning smile.

The little man continued, “I have no proud name to give; my family has lived for generations in relative anonymity to the most noble among our people. And I have no riches; I can barely find enough bread to feed myself every day. Most of all, I have no wisdom of the world to impart because the only thing I ever think about is you, my dear, beautiful one.”

The diminutive father’s jaw dropped as he saw his tiny daughter increasingly enthralled by the silver words of the little man.

“Thus, my dear, I have nothing to offer you. Nothing except my life that I promise to spend watching you grow more dazzling than ever before, and making you the happiest as can be possible in a small, small village like this. It can be said that my short life has had no real direction up to this day, and this day I find out if I am to wake another morning with purpose or without. But my heart will be still in contentment knowing your answer… My dear, do you accept my offer?”

Gleaming, beaming, the little woman stood up from her chair and slowly walked over to the little man.

Just then, a giant boot came down from the skies and squashed the little village of little people and everyone instantly died. Actually, it might have been you while you were on your way to the office this morning. It’s a real shame but little people perish every day when big people go to work, and it’s no biggie.