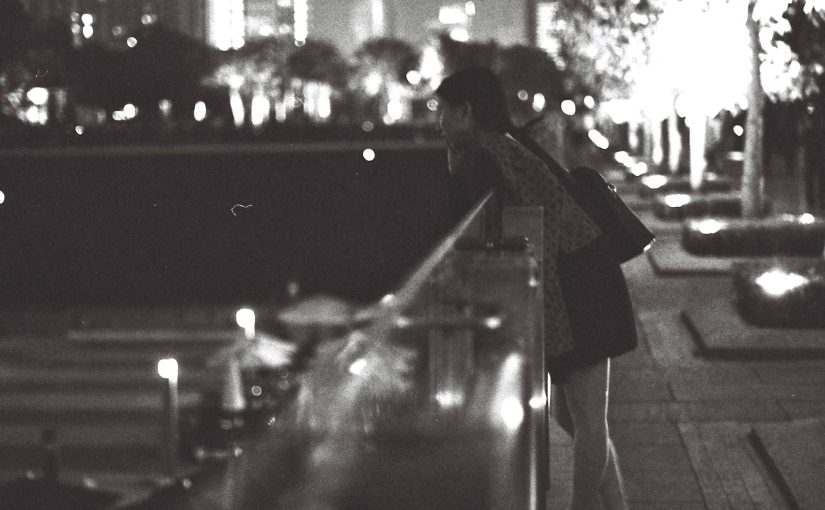 Tell me something not worth telling about. Something nobody would have any time to discuss or profit from in any way. Something that’s of no use to anyone. Least of all to you and me. A forgettable, ordinary piece of knowledge that won’t make you and I wiser. Or dumber. Or braver. A message that tells nothing of the messenger and without any meaning except what you make of it. Let’s pass the time killing it to achieve something unachievable and unknowable. Uncatchable. Something that makes us tired not because it’s a goal they told us to chase after but because doing something is tiring, and these bodies are made to tire. Expire. And at night we’ll sleep, close our eyes anticipating a blank slate, a new beginning where anything is possible and everything is impossible at the same time. We’re in the center of an endless white sea, or black sky–who’s to tell? We begin to confuse things until nothing makes sense, while feeling like we’re on the edge of a massive indescribable discovery. I’ll slowly walk towards you as your eyes and mine talk, sharing a coded language the greatest minds will never unlock. Because there would be nothing there and everything. I’ll see my perplexed but reassured expression in the clear mirrors of your eyes, and you will no doubt see somebody who looks like you, feels like you, but strangely unfamiliar like you, reflected in mine. And then you’ll take me to the crest of that wave of nothingness until I can’t take it anymore–the extreme shallowness and childishness of it! That innocent violence that leaks from the seams of beautiful plans! We’ll destroy the world. Their dreams. Their hopes. Their little, tiny important things. We can do it–us pieces of crumbling driftwood torn apart by the ruthless tides.

5 thoughts on “Tell Me Something Not Worth Telling About”