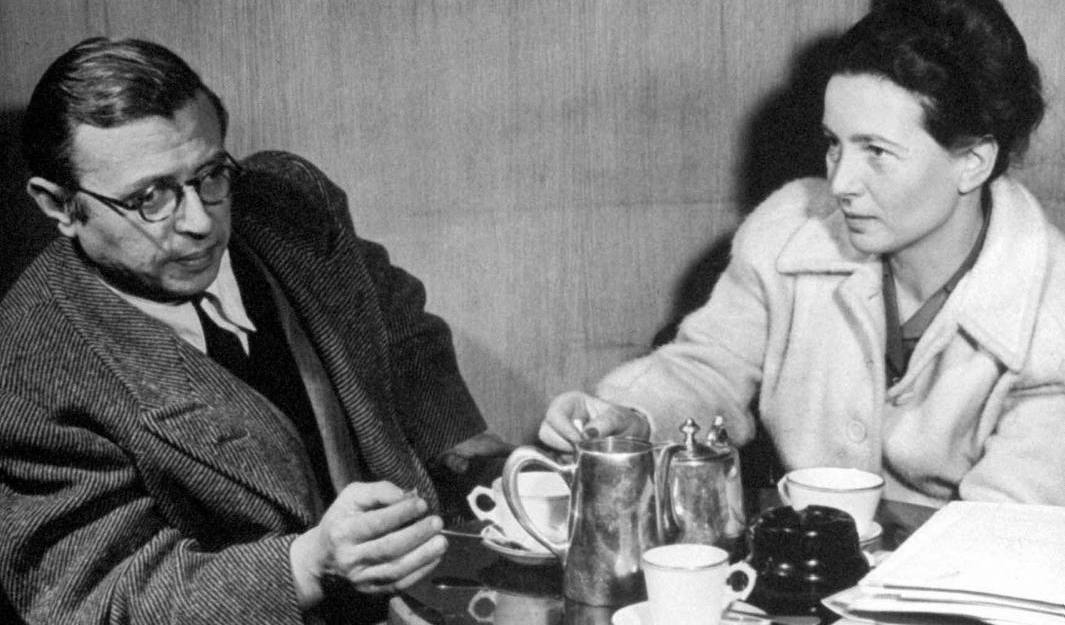 Young Filipinos have a popular saying, “Walang forever (translated: There’s no such thing as forever / Forever is impossible).” It’s a decidedly pessimistic and mocking view of love and romantic relationships popular on social media where it’s been expressed through innumerable memes. A girl actually coaxed Bill Nye to answer the question whether forever really existed or not, to which Bill Nye answered, yes, forever possibly exists if by “forever” one means time as a property of the universe. Bill Nye was trolled, of course–like all old folks online. The question was not really about time but the permanence of love.

Thankfully, I think I may have found a better answer from my nightly readings. It turns out, Jean-Paul Sartre, French existentialist philosopher extraordinaire famous for confusing the daylights out of students, had something to say about permanence or rather its opposite–“fragility,” which I think we can extend over our analysis of love and relationships.

In his book Being and Nothingness, Sartre explained that “to destroy” is human. Without human beings, there would be no such thing as “destruction.” You can’t say for example, that a bolt of lightning destroyed a tree in a forest because without man to define what happened as such, the concept of “being destroyed” wouldn’t exist. In fact, there wouldn’t even be any “change” at all. There would just be Being and outside that, nothing.

In relation to this, “fragility” is also a human thing. Nothing in the world is fragile except those which man defines as such. But if man is the one who posits something as “fragile,” didn’t he, in essence, also cause its own destruction? For if he never defined that something as “fragile” in the first place, then it cannot possibly be destroyed.

“And what is fragility if not a certain probability of non-being for a given being under determined circumstances. A being is fragile if it carries in its being a definite possibility of non-being… Thus it is man who renders cities as destructible, precisely because he posits them as fragile and as precious and because he adopts a system of protective measures with regard to them. It is because of this ensemble of measures that an earthquake or a volcanic eruption can destroy these cities or these human constructions. The original meaning and aim of war are contained in the smallest building of man.”

I personally love this line: “The original meaning and aim of war are contained in the smallest building of man.” Sartre appears to be saying that once man gave birth to the concept of “fragility,” everything that concept touched was doomed to be destroyed precisely because fragility “carries in its being a definite possibility of non-being.” A fortress–no matter how strongly built, no matter how well-defended, is doomed to fall because as a fragile object, it always had the definite possibility of being nihilated.

Throughout history, men went to war because they knew there were fragile things in the world that they could destroy to achieve their goal. We always knew things are breakable, so we broke them–just as planned.

Once an object has been posited as “fragile,” it was always going to be destroyed directly or indirectly by man. Earthquakes do not destroy cities; it is man who defines and limits the meaning of destruction, and so he is the one who made that earthquake’s destruction possible. It’s actually just a different way of expressing that old philosophical question: can the color red exist for a blind person? No, because he doesn’t have the capability to create that concept in his mind. How could destruction be possible if we didn’t have the ability to conceive of something as fragile?

This takes us now to the concept of love.

There’s No Such Thing as Forever?

Something always taken for granted dawned on me while I was reading Sartre. To say one “loves” hides an unspoken fact people conveniently forget or fail to discuss; namely, “to love” is only possible because it’s possible “not to love.” That is, loving something presupposes that one does not love everything or one can choose not to love.

You say “I love this person” only because you don’t love all the persons in your life–just this one particular member of the human race.

As Sartre says, nothingness lives “in the heart of being–like a worm.”

“Not to love” lives in the heart of “love” like a worm.

Love is a fragile thing because we adopt “a system of protective measures” to keep it from falling apart, to keep it from descending into “not loving.” But here is where all lovers, even the most passionate of them all, may have already doomed their relationships if not teetering on the edge of their ruin, because it seems that if we believe Sartre, then to love is to enter into a contract with a disclaimer at the end that says “I can choose to destroy this love if I wanted to because love is a fragile thing and it can and it will always be destroyed by me or someone or something else if they wanted to or if circumstances permitted it to happen.”

Is there no such thing as forever? How could there be one if we’re talking about a thing as fragile as love? It’s a thin sheet of something weak, something that breaks when you pound it with a hammer, or roll it over with a bulldozer, or crush with the weight of the entire world–it doesn’t matter. It is breakable and if it’s breakable, then it’s not a thing made for “forever.” Love presupposes its own destruction.

So we guard against all the forces that could break that “precious” thing apart (love is, in fact, precious because it can be shattered and taken away from you). We do all we can to protect this little magical thing from the pressures of other parties, of our work, our daily lives, the economy, of whatever else in the universe that threatens to annihilate this gift that we have. But the funny thing is that we, ourselves, made it feeble and frail because we posited this thing between us as “love” in the first place–and unfortunately, love is fragile.

But isn’t there such a thing as “true love?” And isn’t “true love” not fragile?

Adding the word “true” to “love” is more a play on words than anything substantial. It doesn’t contradict the fact that true love is also only possible because there’s a definite possibility not to be truly in love. Thus “true love” itself is haunted by its nothingness, that is, that inside its being lives that worm of “not being truly in love.”

So what is one to do in the face of potential doom?

Nothing, really, but to accept the ultimate responsibility of the choice in front of you. You can love but to do so, you must accept the fact that it can be fractured and pulverized anytime. You step into all the wonders of it knowing full well that they can spin around and shape-shift into nightmares.

There’s no such thing as forever or maybe there is but the odds are hopelessly against it. What we do have is a responsibility to keep a fragile thing from exploding into smithereens; and, moreover, a bigger responsibility to deal with the consequences if and when it does.

“Man is condemned to be free; because once thrown into the world, he is responsible for everything he does. It is up to you to give [life] a meaning.” — Sartre